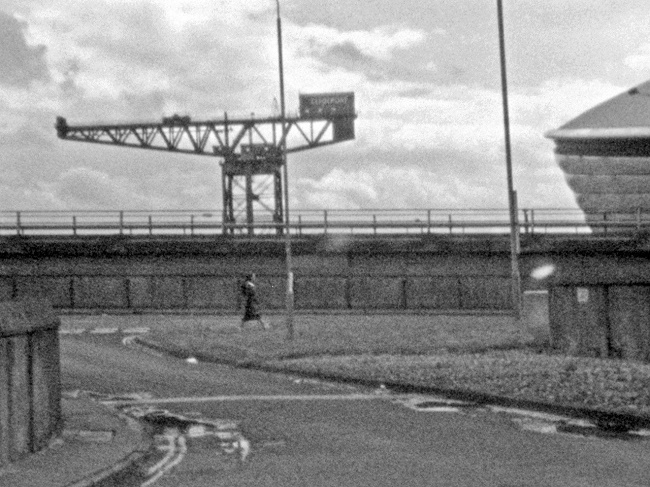 A film part-funded by the University of Glasgow is receiving recognition on the international film festival circuit.

Drifting with Debord, written and directed by College of Arts academics Dr David Archibald (Film and TV) and Professor Carl Lavery (Theatre Studies), has thus far screened in the Official Selection of film festivals in Cyprus, Russia and the UK.

The seventeen-minute film grew out of the Glasgow Glam Rock Dialogues, an experimental performance project established to address pressing aesthetic and political concerns, and is an experimental take on the life and legacy of Guy Debord, the theoretical leader of the Paris-based Situationist International and author of The Society of the Spectacle and the Theory of the Dérive.

Drifting with Debord, which received funding from Professor Lavery’s AHRC/Labex grant ‘Reviewing Spectacle: The Pasts, Presents and Futures of the Situationist International in Contemporary Performance’ and the UoG Knowledge Exchange fund, explores what a drifting cinema might look, sound and feel like, and is itself in dialogue with an article on Guy Debord's cinema which Archibald and Lavery published in Performance Research and which is free to read: https://www.tandfonline.com/.../10.../13528165.2018.1558427