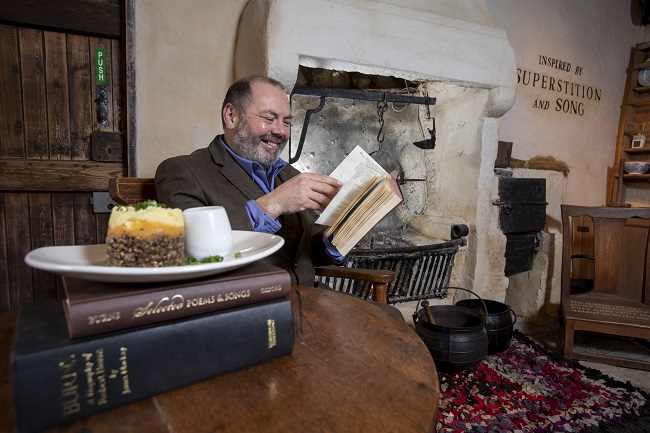 He is Scotland’s national bard and an iconic Scottish figure known around the world.

And every year on the birthday of Robert Burns – 25 January – we celebrate his life and enduring legacy with haggis, whisky and poetry.

Since the first supper was held in 1801 by the bard’s close friends as a memorial dinner it has morphed into a worldwide event celebrating Scotland’s distinctive heritage and culture.

Now academics at the University of Glasgow plan to pull together a worldwide map of contemporary Burns Supper activity. They will create a digital map of Burns Supper activity, past and present with detailed information on format, food and drink products used, speeches, toasts, all elements of the performance by men, women and children over all the many and diverse communities involved.

Through the generosity of Frank and Susan Shaw of Atlanta, the research project, which will run from 2020-2022 is being carried out by the Centre for Robert Burns Studies (CRBS), which has the world’s largest concentration of Burns experts.

Professor Gerard Carruthers, Co-Director of the Centre for Robert Burns Studies based at the University’s College of Arts, who will be leading The History of the Burns Supper project said: “Robert Burns is world writer whose life and work have given rise to one of the great world cultural phenomena – the Burns Supper. It is a testimony to the bard’s enduring appeal not only within Scotland but around the world. And at the centre of the supper of course is his great body of work from poetry to song which speaks so strongly to people.

“On 21 July 1801, close friends of Burns held the first Burns supper to mark the fifth anniversary of the bard’s death. They would never have guessed nearly 220 years on that this would have grown into such a worldwide phenomenon.

“We feel it is fitting to launch this research project during Burns Season 2020 and we will produce our findings across 2021-22, as we mark the 220th anniversary of the first Burns Supper.

“By the end of the project we aim to have have a one-stop shop for everything you want to know about the Burns Supper, past and present.” 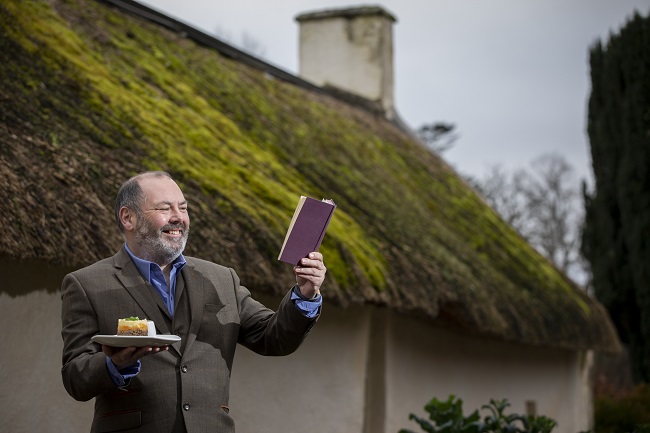 Bill Nolan, Secretary of the Irvine Burns Club, one of the oldest continually existing Burns Clubs in the world and Immediate Past President of the World Burns Federation, said: “Burns Suppers are a very special part of Scotland’s social fabric that we have exported successfully to the rest of the world. I can’t think of any other writer or poet who is remembered annually in this way and that’s why Robert Burns is uniquely Scotland’s international icon.”

“It’s a myth that there’s any formal protocol that has to be followed other than the basic one that every Burns Supper has to be fun and that’s easily assessed by asking one question ‘Would Robert Burns have enjoyed this event?’ To which the answer should always be a resounding ‘Yes - and he’s coming back next year’ “

Dr McGinn said: “Within a few years of the first dinner, Burns Suppers were being held across Scotland, but in England, India, America, and Jamaica too; with Canada, Australia and New Zealand following. This spontaneous, global growth was because the Burns Supper was the kind of party Burns himself would have enjoyed, so what better way to showcase and celebrate his life, poems and songs?”

The first Burns Supper was celebrated in Burns Cottage, Alloway on the 21 July 1801 commemorating the date of the bard’s passing rather than his birth, and those friends met again, as did the founders of Greenock Burns Club holding Burns Suppers on 29 January 1802, getting the poet’s date of birthday wrong by four days.

The research will collate and track the elements of the Burns Suppers from those first dinners, such as the Grace, the Immortal Memory and other kinds of poems, songs and speeches performed to understand the patterns of growth over the last 200 years.

Poems and songs about Burns used over the 200 years at these occasions will be gathered. Burns Suppers will be detailed through the nineteenth-century, across the British Empire, by missionaries, soldiers, reformers & others, across America, Asia, Australia and Europe and right up to the present day.

The Pittock Robert Burns and the Scottish Economy

A recent Scottish Government commissioned report by the University’s Professor Murray Pittock shows that Robert Burns is worth over £200 million a year to the Scottish economy and the poet’s brand is worth nearly £140 million annually. The study also found that in Scotland alone, Burns Suppers are worth £11 million annual with an estimated 9.5 million people worldwide attend Burns Suppers every year.

The Centre for Robert Burns Studies is currently working on a 15 year project funded by the Arts and Humanities Research Council called Editing Robert Burns for the 21st century. By 2024, it will have produced a new multi volume edition of his entire work published by Oxford University Press. It has attracted research and development income well in excess of £4 million since 2010.

For more information, contact Aine Allardyce in the University of Glasgow Communications and Public Affairs Office on 0141 330 7126 or email aine.allardyce@glasgow.ac.uk