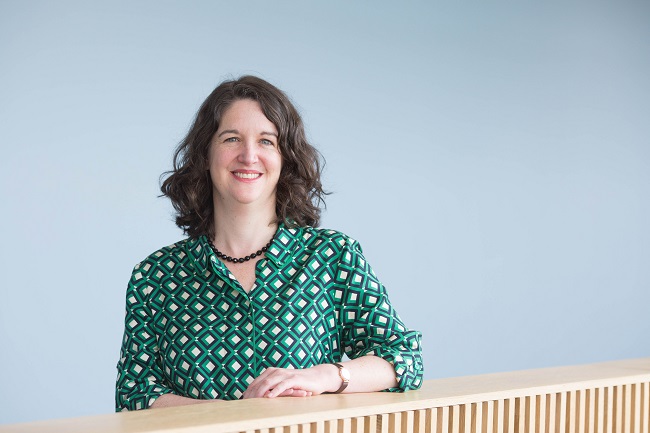 The Scottish Graduate School for Arts & Humanities (SGSAH) is delighted to announce the appointment of its new Director, Professor Claire Squires.

Squires, who is Professor in Publishing Studies at the University of Stirling and Director of the Stirling Centre for International Publishing and Communication, takes up the Director’s role today (Monday 6 January 2020).

Founded in 2014, SGSAH is the world’s first national graduate school for the arts humanities which is a hub for more than 1000 postgraduate students. It is a partnership of 16 Higher Education Institutions across Scotland and is led by the University of Glasgow.

Professor Squires takes over the Director role from founding Dean/Director Professor Dee Heddon. Under the leadership of Professor Heddon, who is Deputy Head of the College of Arts and James Arnott Chair in Drama at the University of Glasgow, SGSAH has secured approximately £35 million of competitive funding from the Arts & Humanities Research Council and the Scottish Funding Council.

Professor Squires said of her appointment: “I’m delighted to be joining SGSAH as Director, and I’m looking forward to providing leadership, advocacy and community-building for the School. Following the achievements of SGSAH’s first five years, I plan to sustain and grow our standing in national and international contexts, offer ambitious and concerted training and development opportunities for Scotland’s arts and humanities doctoral researchers, and further our collaborative relationships with partners from across Scotland and beyond.”

Professor Squires has engaged actively with SGSAH since its inception, serving in a range of capacities, including as Panel D Chair, which involves Languages, Linguistics, Literatures, Publishing, Media and Communication Studies. She brings to the role extensive experience of doctoral supervision and provision, partnership working, and organisational leadership.

Professor Roibeard Ó Maolalaigh, co-Chair of SGSAH’s Governing Board, and Vice Principal and Head of the College of Arts at the University of Glasgow, said: “We are delighted that Professor Squires has been appointed as Director of the Scottish Graduate School for Arts & Humanities. SGSAH has had a wide-ranging impact on the doctoral landscape in Scotland and we look forward to working with Professor Squires to build on its achievements, ensuring that SGSAH continues to be a flagship model for national-level support of and advocacy for doctoral research and researchers in the arts and humanities.

“I would also like to pay tribute to my colleague Professor Dee Heddon who founded SGSAH with the idea it would be a bridge builder across universities, industries, disciplines and sectors. Today SGSAH has harnessed these strong partnerships to ensure that we, in Scotland, can provide the very best training to the next generation of doctoral researchers to equip them to meet the complex global challenges that we face.”

Founded in 2014, The Scottish Graduate School for Arts & Humanities (SGSAH) is a partnership organisation of 16 HEIs across Scotland working together to enhance the doctoral training experience for all arts and humanities doctoral researchers. Led by the University of Glasgow, SGSAH shares resources and expertise across its diverse membership, delivering innovative training and development opportunities accessible to all students. Supported by more than 100 industry organisations, SGSAH aims to inspire a future generation of enlightened leaders who are alert to their influence and impact as knowledge makers, co-creators and connectors.
Since inception SGSAH awarded some 400 doctoral studentships, delivered more than 7000 workshop places to more than 1000 doctoral researchers and supported over 100 industry-led projects, from internships to fully collaborative PhDs.

Professor Claire Squires joined the University of Stirling in 2009 as Director of the Stirling Centre for International Publishing and Communication. Her research focuses on the contemporary history of the book, publishing and book cultures. Her publications include Marketing Literature: The Making of Contemporary Writing in Britain (2007), and as co-editor with Andrew Nash and I. R. Willison, The Cambridge History of the Book in Britain Volume 7: The Twentieth Century and Beyond (2019). Writing as Blaire Squiscoll, she is co-author of The Frankfurt Kabuff (2019).
Her research has been funded by the AHRC, Nesta/Creative Scotland, Publishing Scotland, the Royal Society of Edinburgh and the Scottish Universities Insight Institute. From 2011-13, she was PI and Board Chair of the Stirling/Strathclyde AHRC Block Grant Partnership, has acted as Director for Publications and Awards for SHARP (the Society for the History of Authorship, Reading and Publishing, 2009-19), and is Chair of the Association for Publishing Education.