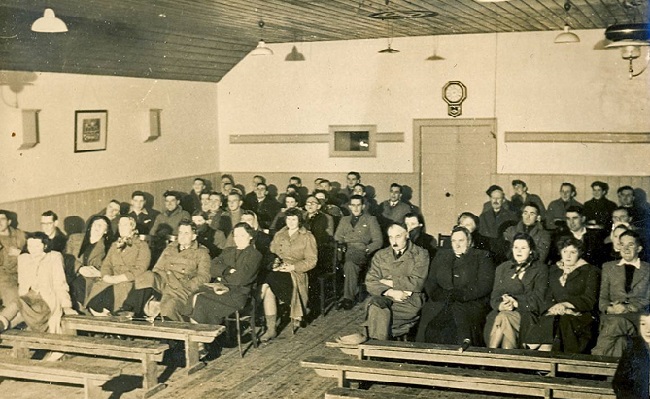 For many living in remote parts of Scotland it was their first experience of cinema.

The operators of the Highland and Islands Film Guild, affectionately known as the “Men of the Wee Cinema” took the Big Screen to small communities up and down remote areas of Scotland.

The Film Guild, which was set up after World War Two, gave many Scots their first experience of seeing the world depicted on the screen from their own communities.

Now to mark the end of the three-year University of Glasgow-led project, funded by the Arts and Humanities Research Council (AHRC), a reunion of the Film Guild operators, their friends and families is being held in Inverness today (Wednesday 7 November 2018).

The event will share the findings of The Major Minor Cinema: Highlands and Islands Film Guild 1946-71 project which has collected people’s memories of the operators’ important and diverse work.

The reunion will also be an opportunity to see an original Film Guild Trojan van used by the operator, Vic Gall, to cover the Fort William area.

The event will also see the launch of a new book from the project called Reel to Rattling Reel: Stories and Poems about Memories of Cinema-Going which is about memories of going to the cinema.

The collection edited by Dr Sarah Neely (University of Stirling) and Nalini Paul, draws together writing selected from an open competition, alongside new commissioned work from five celebrated writers – Christine De Luca, Aonghas MacNeacail, Kevin MacNeil, Alison Miller and Christie Williamson – all of whom hail from places where the Guild screenings took place.

The service was publicly funded showing films that were both educational and entertaining, but the service eventually folded due to the arrival of television and declining audiences in 1971.

Dr Ian Goode, a lecturer in film and television studies at the University of Glasgow, is leading the team of academics working on the three-year research and history project, said: “We thought it was fitting to mark the approaching end of this project with the Film Guild operators and their families.

“The Wee Cinema is still widely remembered across the country but up until our project it has remained a mostly unwritten part of Scottish and British cinema history.

“It feels right that we share our initial findings firstly with the unsung travelling operators of the Wee Cinema. These men delivered a valuable service to local communities in spaces such as school or village halls in all-weather to offer a unique cinema experience at that time. The journeys that were made by all concerned are a feature of how the Film Guild is remembered”.

“We have now built up a rich oral history of memories of the Film Guild to ensure they are safe and secure for the future. And we hope to use our project to also reflect on the relevance of the Film Guild for today’s community cinemas including The Screen Machine.”

A wide variety of films were shown as part of programmes which were often aimed at a family audience. There would be Laurel and Hardy classics, newsreels as well as contemporary hits like James Bond films. 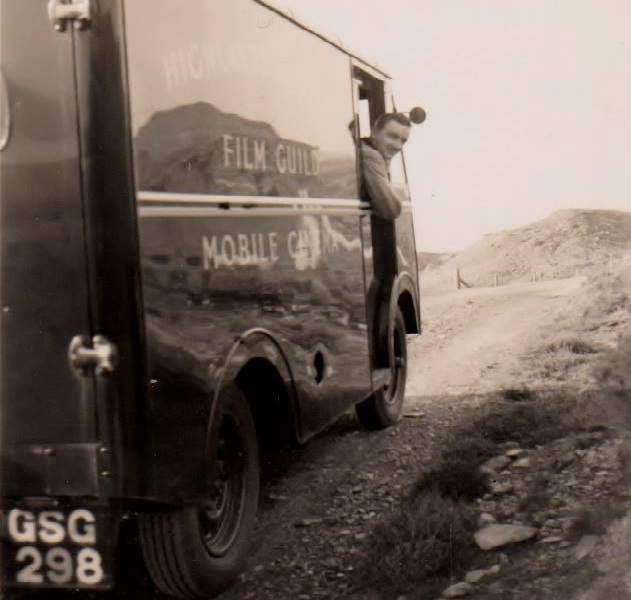 The Film Guild also showed films like Whisky Galore, which has a particular appeal to audiences in the Highlands and Islands. In fact this film had a record box office for the Film Guild’s history.

An Orkney resident recounted her memories of the rural cinema scheme as a 10 year old told the project: “It must be remembered that, for almost everyone, certainly the local children, this was, indeed, our first and only experience of moving pictures – the motion and the sound were magical, hypnotic, totally engrossing. The only thing, even remotely comparable, might be a ‘magic lantern’ show, which we occasionally enjoyed.

“I vividly remembered the anticipation, once we’d read the notice in Astley Cottage, our local shop, and ascertained which film would be showing. Of course, the next big hurdle was persuading our parents to allow us to go, to promise to work to earn the right to go, to argue that nine-pence wasn’t all that much, really." 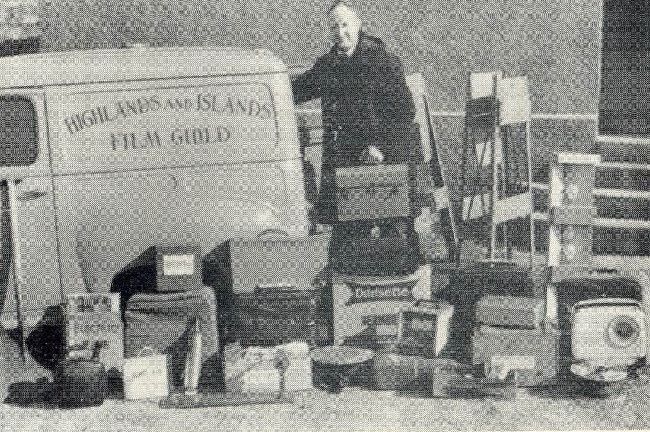 The formation of the Highlands and Islands Film Guild continued a pre-war initiative of the Scottish Film Council to make non-commercial cinema available to rural areas through the substandard gauge of 16mm.

The Major Minor Cinema: Highlands and Islands Film Guild 1946-71 project is supported by the Arts and Humanities Research Council (AHRC) 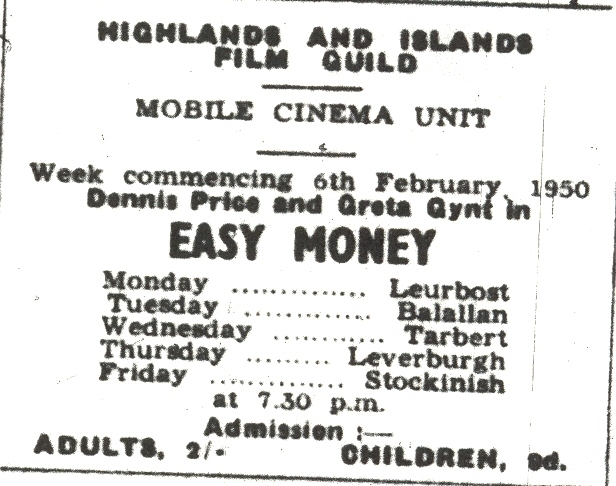