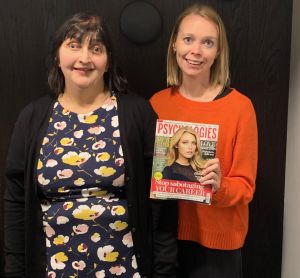 The Magazine Editor who's got the scoop on working in media

Anita Chaudhuri is the Associate Editor of Psychologies Magazine and a well-established arts and current affairs journalist, contributing to publications such as The St Style, The Guardian and Time Out London.

During her studies Anita became involved in student journalism, this directed her to do a postgraduate Journalism Course at Cardiff University. Following her postgrad – she secured a reporter job on PR Week. While Antia was made redundant after the company was sold she realised this was one of the best things to happen to her. She admittedly needed to steer away from Business Journalism and forced her to find something new. Anita landed her dream job as a Features Editor for Time Out magazine, following this she joined The Guardian and then the Sunday Times Style before deciding to go freelance.

When psychologies were launched, Anita was invited to contribute and has worked their since. Anita has exciting plans, she plans to develop her website, do a photography course – she has also written an offbeat romantic comedy novel set in the Scottish-Bengali community of her upbringing.

Listen to The Inside Track on Future Skills